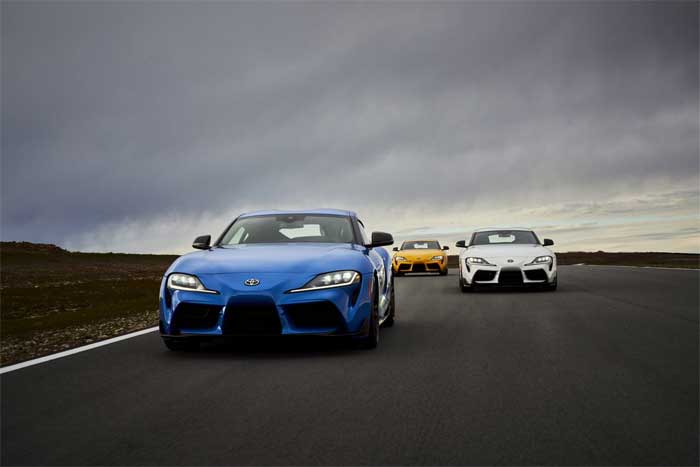 At this point, Toyota Supra fans know that the 2021 GR Supra is now available in both 3.0-liter inline 6-cylinder and a turbo four-cylinder version. The turbo-four version is the GR Supra 2.0, and it packs under its hood 255 hp and has less weight to carry around. Big mysteries about both models for 2021 were pricing.

Toyota has now announced the GR Supra 2.0 starts at $42,990. The GR Supra 3.0 will start at $50,990. Both models are anticipated to be available at Toyota dealers this summer. A new special edition GR Supra 3.0 will be offered in a limited run of 1000 units called the A91 Edition. That special version will come in two colors- Nocturnal and Refraction. The Refraction color is exclusive to the A91 Edition and is an all-new color for the Supra.

All 2021 Supra models feature the 8.8-inch audio touchscreen that was only standard on the 3.0 Premium model in 2020. The base 6.5-inch screen has been discontinued. The 3.0-liter six makes 382 horsepower, and the 8-speed automatic transmission carries over. Supra 2.0 weighs 3181 pounds, making it more than 200 pounds lighter than the Supra 3.0.