I like the promise that Pico Projectors make. Being able to take a small projector with you easily and have that projector run on batteries to give presentations or watch content on a larger screen is a very nice thing. The reality is that the technology of today isn’t there to make a pocket projector work for most people.

Toshiba has unveiled a new pocket projector called the Lumileo P100. The little projector has the same basic flaw all of its kind do – poor brightness. The P100 has a mere 14 lumens and tells you a dark room in required to get the 65-inch image it can throw. It has a contrast ratio of 200:1. 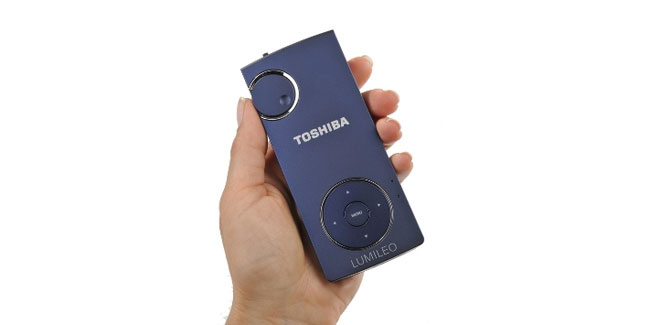 Inputs include RCA and VGA and the projector runs from a rechargeable battery. The P100 measures 116 x 50 x 18mm and weighs 96g with the battery installed. The sound system is a pair of 0.5W stereo speakers. Pricing and availability are unknown.