Its been reported today that Toshiba has now started shipping their new 55 inch glasses free 3D TV, according to the BBC. The new monster sized 3D TV is now available in UK retailers for a cool £7,000 or $10,000.

The new 3D TV is equipped with technology that has been designed to follow your face and adjust its 3D image accordingly. Making sure that you always see the best picture available wherever you may be sitting or standing. 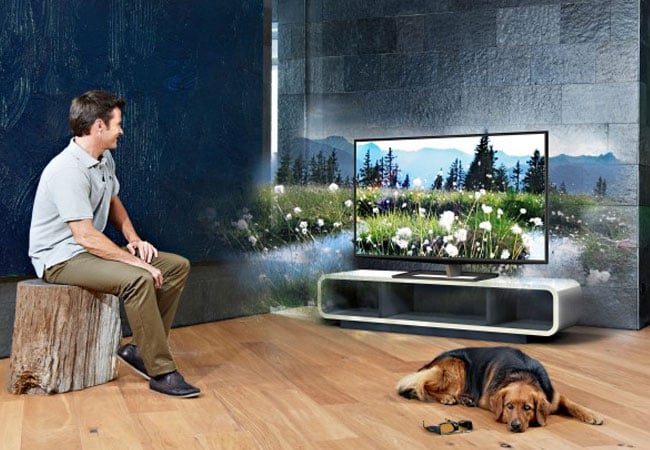 Even though the new Toshiba 55 inch TV isn’t the first glasses free 3D TV to arrive on the consumer market, its currently the largest. Beating the previous TVs that were launched last October and measured just 12 and 20 inches in size.

These earlier models also suffered from degraded picture quality if they were viewed from an angle. Which the new Toshiba’s 55 inch 3D glasses free TV hopes to eradicate. The new 3D TV will be arriving in selected markets worldwide over the coming months.