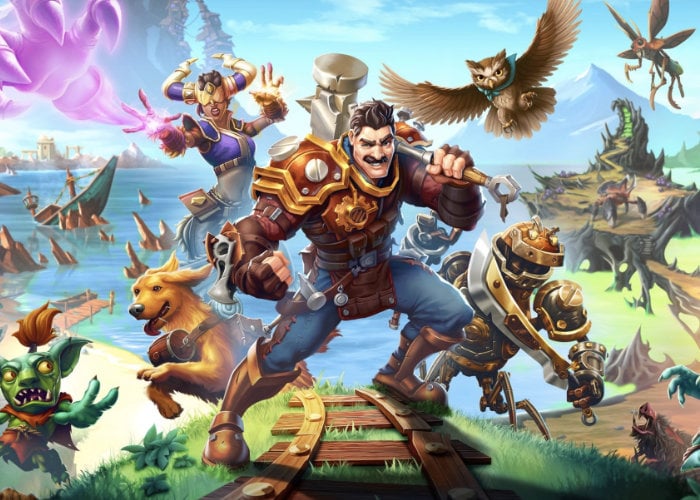 Torchlight III formerly known as Torchlight Frontiers has this week launched on the Xbox, PlayStation 4 and PC systems, as well as soon being available to play on the Nintendo Switch from October 22nd 2020. Torchlight III is an action role-playing, Dungeon Crawler game developed by Echtra Games.

“It’s been a century since the events of Torchlight II, and the Ember Empire is in decline. In Torchlight III, Novastraia is again under threat of invasion and it’s up to you to defend against the Netherim and its allies. Gather your wits and brave the frontier to find fame, glory, and new adventures! Travel the Frontier – Brave the vast wilderness of Novastraia and all of its dangers either alone or with a group of friends! Collect Epic Gear – Whether it’s armor, weapons, or even new pets…there’s always more to find as you battle through dungeons and take on dangerous foes.”

“Build Your Hero – With four unique classes to choose from and five available Relic subclasses, there are many different ways to build your hero and maximize your damage. You’ll also gather epic gear along your journey that you can customize to work with your hero’s unique make-up. Build & Upgrade Your Fort – It’s time to rebuild – and that includes you! Enjoy your very own fort, where you can upgrade gear and renovate your fort to show off to your friends and the world. Pets Are Back – Fight your way to fame and glory with your loyal companion! Add skills and equip them with gear to make them stronger. Each species comes in a myriad of colors and styles, so make sure to collect them all!”

The Torchlight III game is now available to play on the Xbox, PlayStation 4 and PC.