As announced back in August, TomTom has today launched their TomTom Navigation for Android, which is their first dedicated Android app, and to celebrate has released a promotional “Doing the Robot” dance video.

The new TomTom Navigation App for Android brings with it maps, intelligent routing and HD Traffic updates, however there is a catch. TomTom seems to have only made the app available to older Android devices. 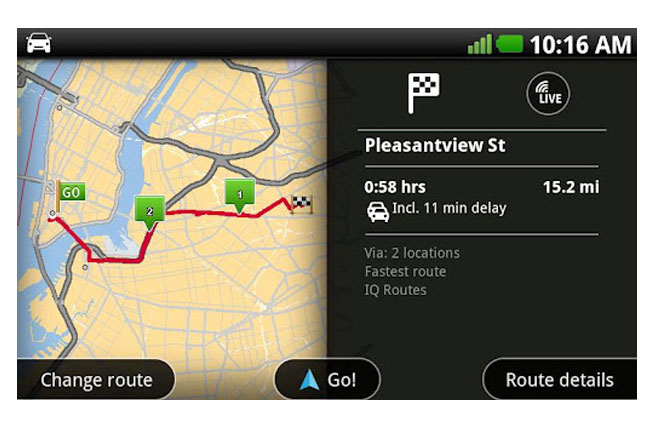 Currently there seems to be a glitch within the TomTom Navigation App that will only allows the new software to run on older Android devices. Any Android devices running recent Android builds, including the Galaxy S III and HTC One X, seem to be incompatible, but perhaps this will be quickly fixed.

“Last minute plans? With the TomTom Navigation app for Android, driving somewhere new couldn’t be easier. You’ve always got your smartphone with you, so navigation’s close at hand. And losing signal is not a problem, because the app works not only online, but offline too. This saves you money on data roaming costs, and, you’ll have constant access to the same maps, technology and world-class navigation as on our satnavs. It’s the app that drivers can rely on. Now available on the Google Play app store.”

TomTom has released 16 different versions of the application covering Europe, Africa, North and South America, Australia, New Zealand and Asia. With prices starting from £26.99 to £39.99 ($60 in the US).