The new Titanfall Collector’s Edition has been unveiled for the new game that will be launching with the next generation Microsoft Xbox One console  launching later this week on November 22nd.

The Titanfall Collector’s Edition is available in very limited quantities and includes an 18” Titan statue, handcrafted from over 300 individual parts and featuring battery-powered LED lighting. Check it out after the jump. 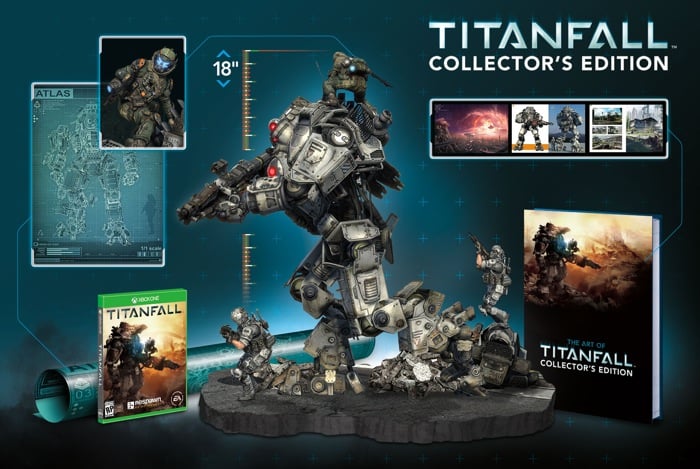 Other items of the Titanfall Collector’s Edition include an exclusive schematic poster as well as a hardcover art book featuring over 190 pages of rare concept art, and a variant cover that’s exclusive to this collector’s edition. 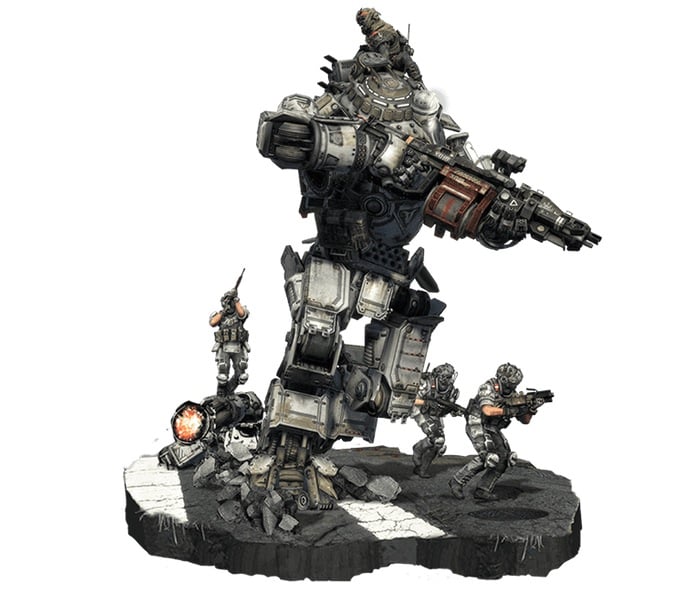 The Titanfall Collector’s Edition is now available to pre-order from the likes of Amazon, Gamestop, Target and Walmart for $250 and is available for the Xbox One, Xbox 360 and PC.

Titanfall is a first-person shooter video game developed by Respawn Entertainment and published by Electronic Arts as an exclusive for PC, Xbox 360, and Xbox One. Allowing players to fight only in online multiplayer matches set on a war-torn planet either on foot or piloting mech-style Titans and won over 60 awards at its E3 2013 reveal.

“Titanfall delivers fast-paced, future combat that gives you the freedom to fight your way as both elite assault pilots and fast, heavily armored Titans. The game experience combines heart-pounding, online multiplayer action combined with dramatic, cinematic moments lets you enjoy the fiction of the universe without having to leave your favorite game mode. “