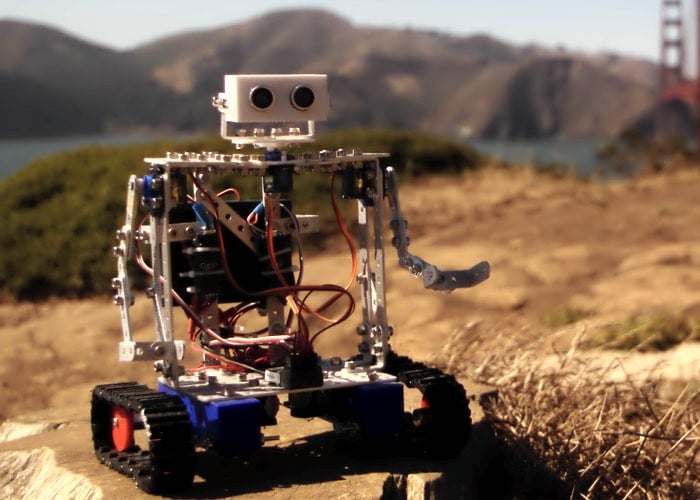 Developer Sabine Hertenstein based in Berlin Germany has created a new modular construction system called Tinkathing which has been designed to stimulate creativity and innovative thinking whilst also allowing those that use the system to learn the basics of electronics, programming and mechanics.

Check out the video below to learn more about Tinkathing and other modular construction system can be used to inspire young inventors to build tiny robots and anything else that their imagination can conjure up.

Tinkering with Tinkathing teaches important skills for the future. Our construction system has more to offer than just to enhance fine-motor skills or spatial and creative abilities. With Tinkathing, children can learn basics in mechanics, as they design and assemble gearboxes and other moving parts. Children can learn basics in electronics by wiring the electronic components. And children can gain insights into the world of computer science and learn about coding, by using Arduino to control their models.

Tinkathing combines conventional features of construction systems with modern technology. Tinkathing is compatible with a range of contemporary RC components like micro servos, motors, ESCs, RC car wheels or transmitters to control the models. Furthermore, Tinkathing is compatible with micro controllers such as Arduino or Raspberry Pi, that can be used to build obstacle avoidance or line following robots. The broad compatibility with standard components leaves room for adding and adapting the construction kits, to facilitate individual needs for your child’s future creations.

For more information on the new Tinkathing modular construction system jump over to the Kickstarter website for details by following the link below.