Boston based designer Steve Hollinger has developed and created a new style of camera in the form of a ball that can be thrown. Hollinger has just been awarded a patent for his design, which is able to capture pictures as the ball is in flight.

Hollinger has designed his ball camera to use it own position once in the air orientation, and trajectory to determine its “precise relationship to a subject of interest.” Capturing a sequence of images that can then be shown as a video or individual photographs. 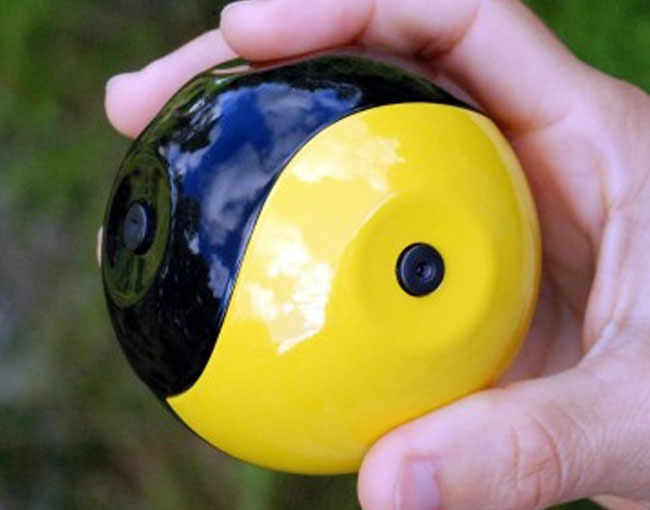 There are plenty of possible uses for a ball camera for example: In baseball, the camera could take us through a pitch and subsequent hit from the ball’s point of view. Hollinger has now started creating a first-generation prototype of his ball camera concept.

No information on pricing or worldwide availability has been released as yet, but as soon as information comes to light we will keep you updated as always.

It’s not the first time we have features a ball camera here on Geeky Gadgets and some of our readers might remember the Panoramic Ball Cam we wrote about back in 2011.