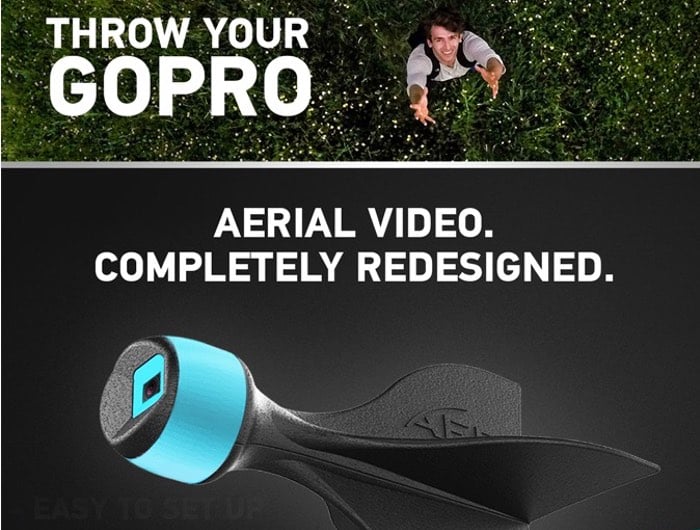 GoPro action camera owners that would like to take photographs from a different perspective may be interested in a new gadget that allows you to throw your GoPro camera, accurately and safely.

AER is compatible with GoPro HERO 3+, 4 and 5 action cameras and can be seen in action in the video below. The new GoPro gadget has launched a Kickstarter campaign to raise the €70,000 it requires to make the jump into production.

Because AER has a very minimal amount of parts that are all produced and assembled in the Netherlands, we have a clear overview of the whole process. If some issue with one of our manufacturing partners would occur, we can quickly respond to minimize delay. Significant delays are very unlikely, but if anything unforeseen happens, it will be communicated to our backers immediately.

For full specifications visit the Kickstarter website via the link below where pledges are available starting from just €39 for super early bird backers with worldwide shipping expected to take place during January 2017.