This week Google has launched its new range of Chromebooks in the form of the Samsung Chromebook Series 5 and  Acer Chromebook. But even before their launch it was announced that Verizon would be providing the Stateside 3G connectivity. However very little was know about the UK’s 3G provider for the new Google devices, until now.

Three UK have now published a post on their site announcing that they will be providing the new Chromebooks with 3G connectivity in the UK and British Chromebook users will receive a free SIM card, providing up to 3GB of 3G coverage for the first three months. 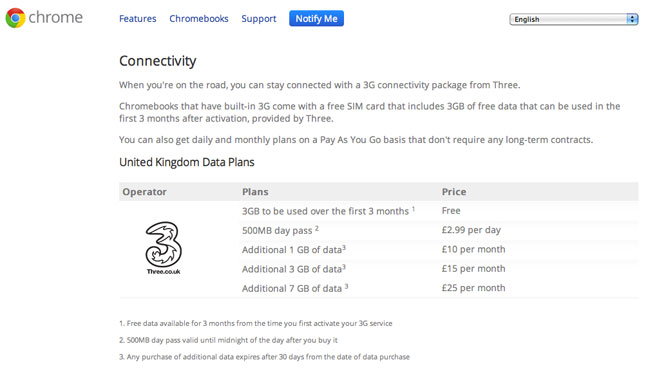 After the three months have passed Chromebook users are then able to choose a new Chromebook Three package starting from a pay-as-you-go 500MB day pack £3 up to a 7GB package for £25 a month.