Behringer has today announced three new additions to its Xenyx iX Series of mixing decks ahead of NAMM2012, which are all equipped with iPad docks to interface directly with Apple’s tablet. The new iPad Mixers, Xenyx iX3242USB, iX2442USB and iX1642USB have all been designed to handle both live performances and provide you with state-of-the-art tools to create professional recordings. 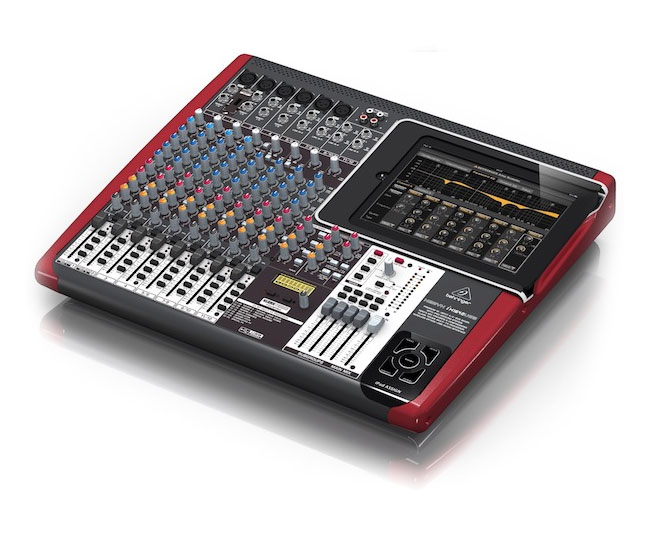 Together with thousands of apps available, the iX mixers use the iPad to control the new Klark-Teknik FX Processor App, enhancing the mix by allowing you deep control of EQ’s, compressors and reverbs, together with a full spectrum analyser.

“The new Xenyx iX mixers demonstrate the innovation that stems from our massive investment in Research and Development,” – “These are the first of many more ground-breaking products to be announced at NAMM 2012.”