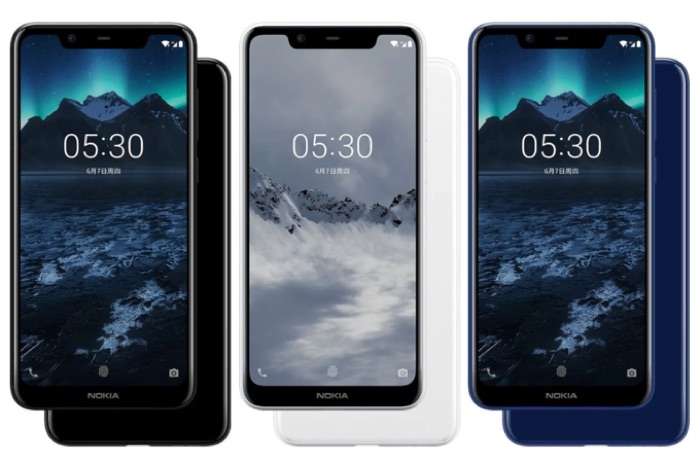 We have been hearing rumors and have seen some leaked photos of the new Nokia X5, HMD global has now made their latest Android smartphone official.

The Nokia X5 comes with a 5.86 inch display that features a notch at the top and the handset is powered by a MediaTek Helio P60 processor.

The handset also comes with a 5 megapixel front facing camera and a 13 megapixel rear camera. The device will be available in a range of colors which will include Night Black, Baltic Sea Blue, Glacier White and prices will start at $150 for the 3GB model and $210 for the 4GB model.

HMD Global are also expected to launch the handset globally, as soon as we get some more details on this we will let you guys know.