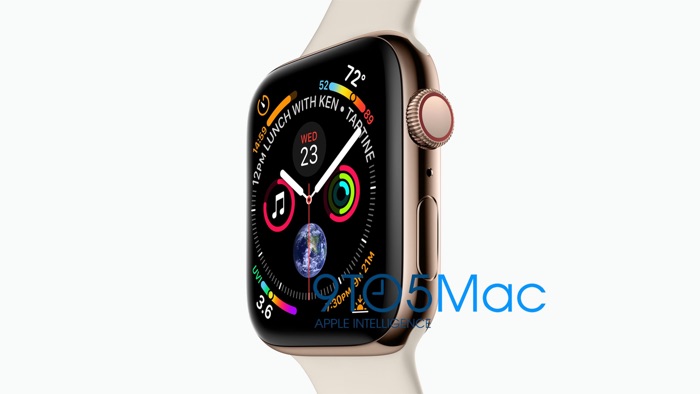 We just saw a leaked photo of Apple’s new iPhone XS and now we have one of the new Apple Watch 4, this device will also be announced at Apple’s press event next month.

The new Apple Watch 4 will be made official along with Apple’s three new iPhones on the 12th of September, the device can be seen in the photo above.

The picture above is apparently a leaked photo from Apple and we can see that the device will have an edge to edge display and both displays will be 15% larger than the current model.

As we can see from the picture there is also a new watch face which shows a total of eight complications around the outside of the time on the watch, it looks interesting from the photo.

We will have more information about the new Apple Watch 4 when it gets official at Apple’s press event on the 12th of September.