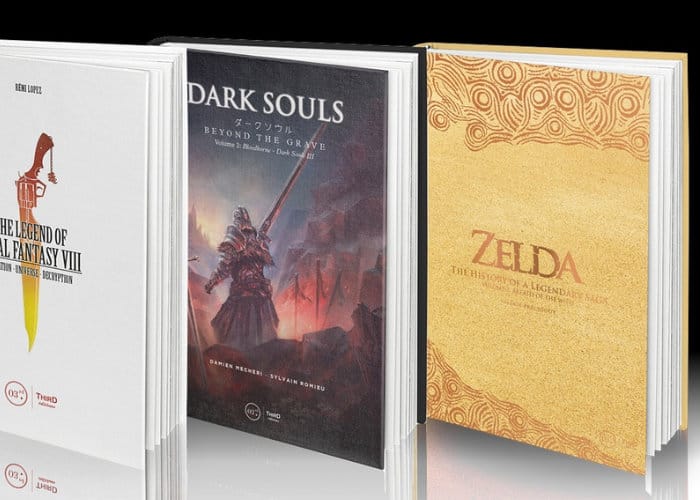 French publishing house Third Editions who specialise in video game books has once again returned to Kickstarter to raise funds for its new Ultimate Gaming Library Season 2 offered in the form of Zelda – Volume 2: Breath of the Wild, Dark Souls – Volume 2: Bloodborne and Dark Souls III and Final Fantasy VIII books. Checkout the promotional video below to learn more about the latest Kickstarter campaign from Third Editions.

The books contain investigation into the games’ development, offering in-depth analysis covering every aspects of the titles in question: lore, themes, game design, music, and much more. Third Editions explain : “When we launched our first campaign, it was really a gamble for us. We had no idea if we would find an audience for our books. If it had failed, we would have moved on and thought nothing more of it. We might have tried to find an English publisher that would license the books from us, but that would have been the end of the experiment. The opposite happened, and now, we have become an English books publisher thanks to it.”

For more information on the new range of books jump over to the official Kickstarter campaign page by following the link below. Ledges are available from €25 for one book with worldwide delivery expected to take place during October 2018.