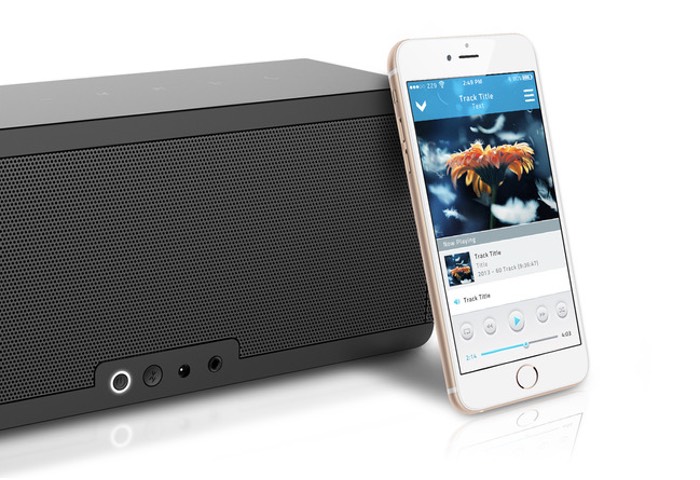 After a successful Kickstarter crowdfunding campaign last year, the those of you that missed out on acquiring your very own Theatre Box 360 degree surround sound speaker, now have the ability to purchase one directly from its creator for $299.

Its creators Acemile explain that the Theatre Box surround sound speaker is capable of filling a 2,000 sq ft room with 360 degree 3D surround sound, that to listeners sounds equally good from any location within the room.

The Theatre Box is fitted with four 2-inch full range drivers and one 3-inch active bass driver, capacitive touch controls, a frequency range of 20Hz~20KHz and a maximum output of 125 watts.

“Theater Box utilizes Q3D Holophony, a new technology that uses a proprietary algorithm based on sound wave field synthesis, which gauges the audio environment [using a built-in mic] and delivers continuous, layered sound waves. All layers of these sound wave ‘bubbles’ are synthesized with the 360-degree 3D audio effect, and as the bubbles reach the listener’s ears, he or she is immersed in 360-degree 3D surround sound.”

The Theatre Box is now available to purchase for $299 in a range of four colours with shipping expected to begin later this month.

For more information on the new Theatre Box jump over to the official website for details via the link below.