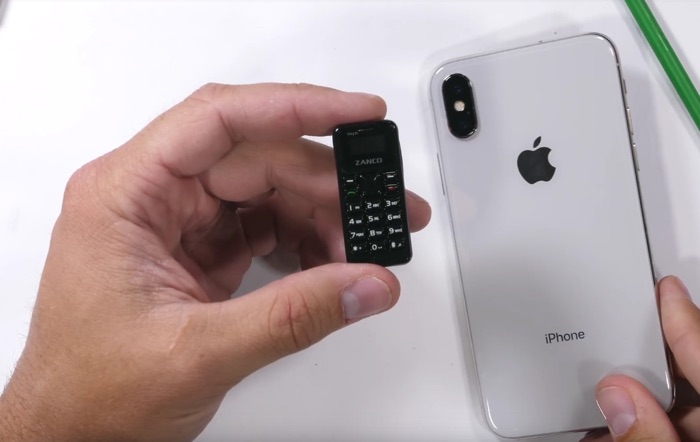 The world’s smallest smartphone is called the Zanco T1, the handset is actually smaller than a AA battery.

We have seen a number of smartphones being torture tested by JerryRigEverything and now it is the turn of the world’s smallest mobile phone. Lets see how this handset does in the various torture tests.

A we can see from the video the screen on the handset scratched at level 3, this suggests that the display is made from plastic rather than glass.

The device did not do very well in the burn test either as the plastic display on the device started to melt. The handset also did well in the bend test as basically it was difficult to bend because it was so small.