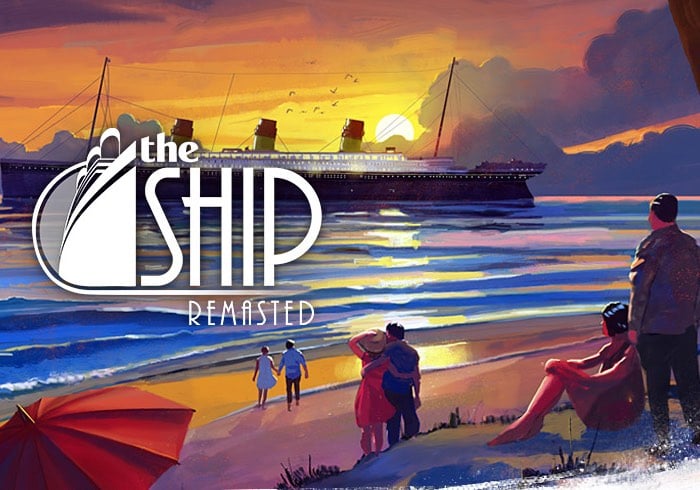 Those interested in solving crimes might be interested to know that the new indie game The Ship Remasted edition will be launching on February 15th for fans to enjoy via Steam.

Available to play on PC systems The Ship: Remasted will be launching via Steam Early Access next month and its developers Blazing Griffin is currently looking fro help from fans of the original game to get involved with its completion.

The Ship Murder Party originally released back in 2006 takes players on a Ship that is owned by the mysterious Mr X :

and as one of many ‘lucky’ recipients of a free ticket you arrive on board The Ship to find there’s a catch to your luxury cruise. You are coerced into a brutal Hunt to indulge Mr. X’s fantasies, under threat of death for not only yourself, but also your family. Your only chance to save yourself and your family is to play the Hunt and win.

The Ship: Remasted will launch on Steam Early Access this February and Blazing Griffin is looking for fans of the original game to get involved.

One of the challenges of remastering an old game is striking a balance between replicating old features that players have fond memories of, and improving them. A reddit user joked recently that The Ship’s convoluted solution to connect to servers is part of the original game’s charm! But, we think we can all agree that it’s also something that can, and should be improved upon!

This is why we’re taking an iterative approach to releasing the game, starting with a few maps at launch in February and releasing the remaining content and features over the next few months.

This means we can get can feedback from fans on the changes we’ve made…like the UI, the layout of security and the values of the needs system. These are relatively small tweaks, but we’d like to know from fans…does it still feel like The Ship? We believe it does and fans will be happy with the approach we’ve taken with these things.

Early Access isn’t for all games or all studios (or for all players), but we’ve always been transparent with our communities and we think it’s a great process to release The Ship: Remasted through. We’ve already taken on a lot of player feedback throughout this project and we want to hear what fans think of what we’ve done so far and to help steer the direction that The Ship takes.