Jeans don’t work. Much less jean shorts. So the best option are Tactical Pants, which aren’t exactly tactical but have lots of pockets. Note that tactical pants aren’t made for the iPad, so finding the right one that fits the iPad 2 comfortably is quite the challenge. 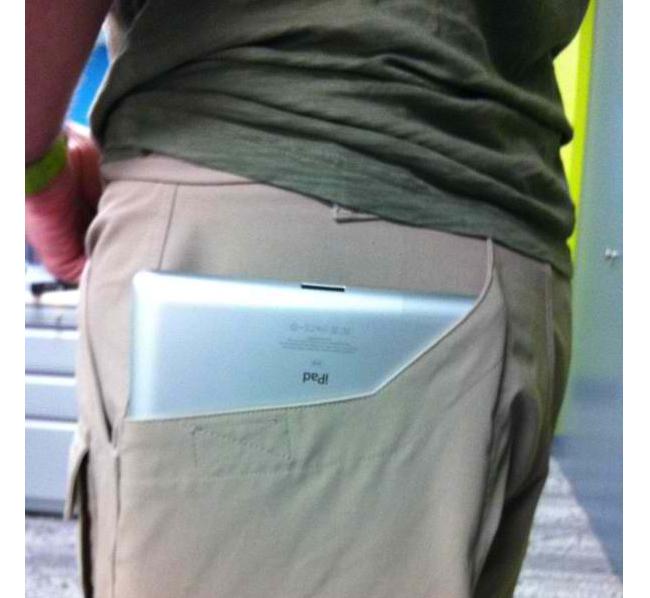 The people behind the Tactical Pants blog rose to the occasion with a series of tests to find out which tactical pants carried the iPad 2 best. While most pairs have ample pockets, some proved ill fitting, others a menace to the owner’s precious tablet. According to their lengthy post on the matter, the best at carrying the iPad 2 is Blackhawk, whose ample hip/butt cheek pocket works like a holster. (yeah sure, bad comparison.) They do point out to the reader that sitting on the iPad 2 is not a good idea.

Other brands like Kitanica and Genuine Gear also received the thumbs up. Problem is, there’s not one of these brands that truly focus on a dedicated iPad 2 pocket. Um, can someone please sell a pair on Etsy now?