Both Samsung and LG have released smartphones which use flexible display, Samsung with the Galaxy Curve, and LG with the LG G Flex.

Both handsets come with a curved display, although it would appear that LG’s device is actually flexible, this can be seen in the video below, which was obtained by the guys from Engadget. 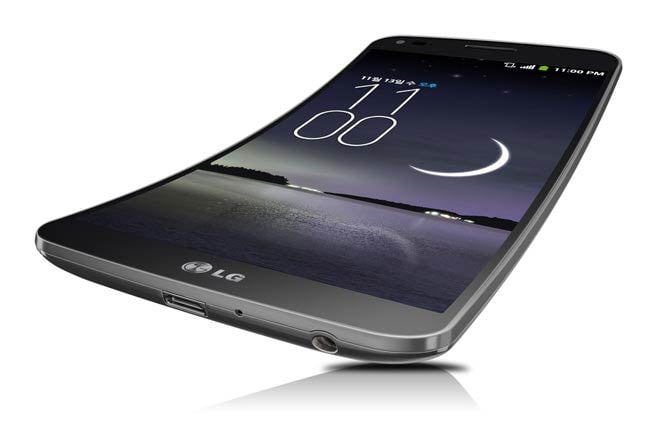 The LG G Flex comes with a 6 inch curved OLED display, the display has a HD resolution of 1280 x 720 pixels, the display is curved vertically from bottom to top, and the handset also features a curved battery.

Other specifications on the LG G Flex include a quad core 2.26GHz Qualcomm Snapdragon 800 processor, the device comes with an Adreno 330 GPU and 2GB of RAM.

The G Flex is equipped with front and rear facing cameras, on the back of the handset we have a full HD capable 13 megapixel camera, on the front there is a 2.1 megapixel camera for video calls.

Th device also features 4G LTE Advanced, Android 4.2.2 Jelly Bean, Bluetooth 4.0 and USB 3.0, it will launch in South Korea this month, and LG are holding a press event on Korea today to demonstrate the handset.