In the last couple of years touchscreen devices have become standard, and touchscreens are now featured in many of the new gadgets released on a daily basis.

But what about the future? how will touchscreen devices develop over the next five to ten years? A Swedish design firm, The Astonishing Tribe, has produced a cool video on what they think the future of touchscreen technology will be. 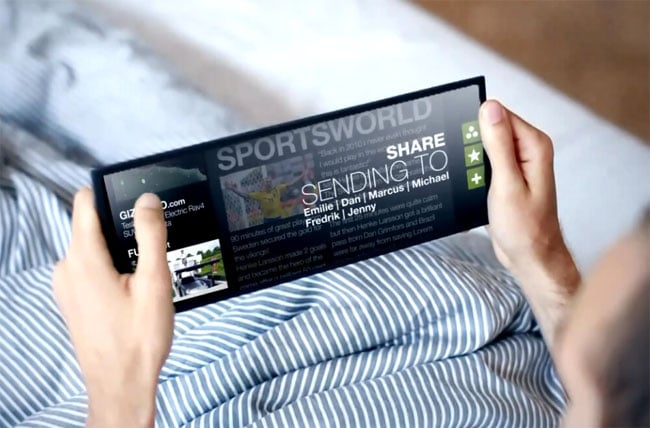 The video was produced as an Open Innovation experiment, and as you can see the touchscreen devices feature stretchable displays, transparent screen and e-ink displays.

Some of this technology is already being developed, like the transparent displays, who knows in five or ten years  touchscreen gadgets may perform just like the ones in the video.