Last week we saw the first in car Apple iPad from the guys over at Sound Man Car Audio, which used a number of high end car audio components and meant that the iPad was permanently fixed in the car.

This week the Sound Man Car Audio guys are back with a simpler version that would be easier to follow if you wanted to do it yourself, and the good part about this one is that you can also remove your iPad from your car. 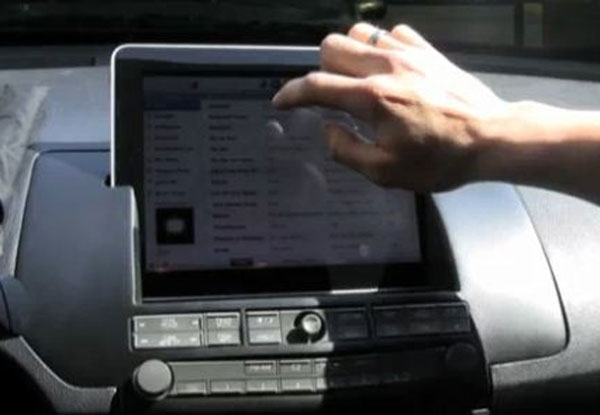 As you can see from the video above, this setup uses the iPad headphone jack, and the audio is sent through a double-DIN Kenwood eXcelon receiver’s auxiliary input to power the speakers.

Very cool, no doubt we will be seeing many more in car iPad’s over the next couple of months, if any of our readers are installing an iPad in their car lets us know as we would be interested in featuring it on Geeky Gadgets.