We have seen a few expensive PCs before on Geeky Gadgets, like the $16,000 water cooled PC, the latest one costs a cool $30,000, unfortunately the specifications are less than you would expect from a PC that costs that much.

The $30,000 PC is made by German company Gaiser High End PCs, for that you would expect some serious hardware, instead you get a choice of Intel Atom or Core 2 Duo processors, various SSDs and a Blu-ray drive. 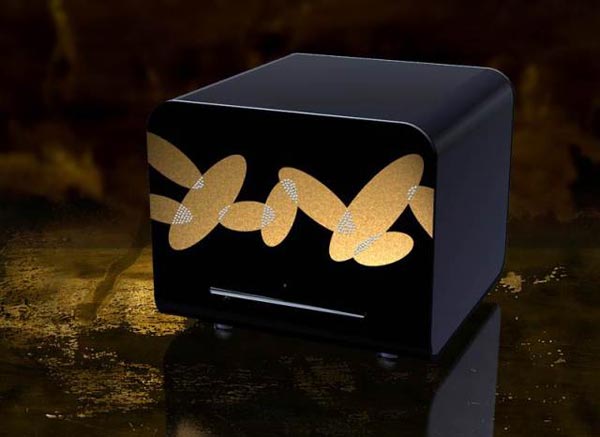 What makes this PC so expensive is the case, it is covered in white and yellow gold, and crystals, for that price you would have expected a few diamonds at least.

Prices start at $7,800 up to a massive $30,552, to be honest if you had that sort of cash to burn on a PC, I would suspect you would want slightly better specifications.