This has to be the craziest PC we have seen here at geeky gadgets, built by the guys at Puget Systems in cost a massive $16,000 to build.

So what exactly does spending $16,000 on a custom PC get you? This crazy PC features four quad core Opteron processors, 32GB of RAM and eight hard drives in various RAID configurations. 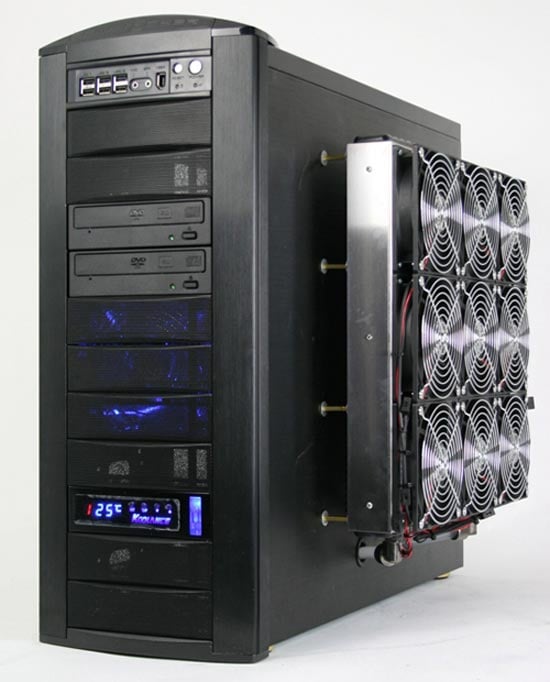 As you can see from the photos, the $16,000 PC features a custom water cooling system, with a massive external radiator which features nine 120mm fans. 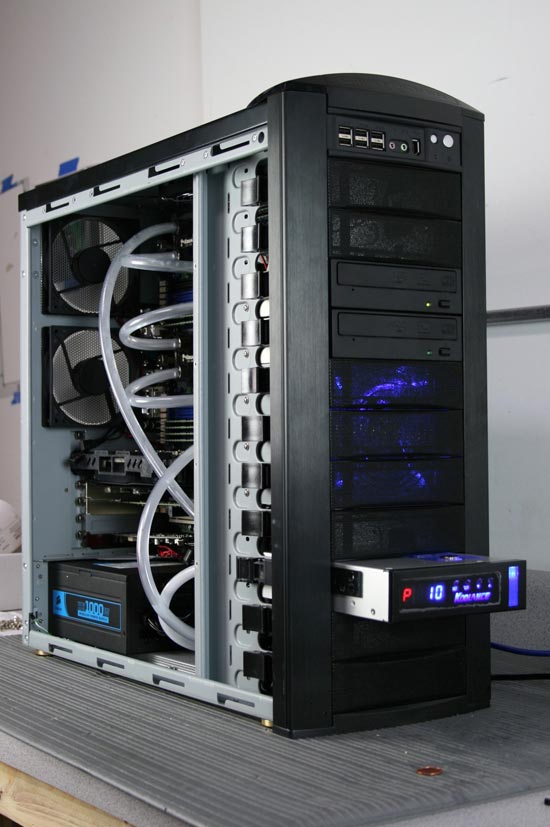 The massive external fans run at 5V which means they are almost silent, but they manage to keep the processors running at 45 degrees C under full load and at 36 degrees C at idle. 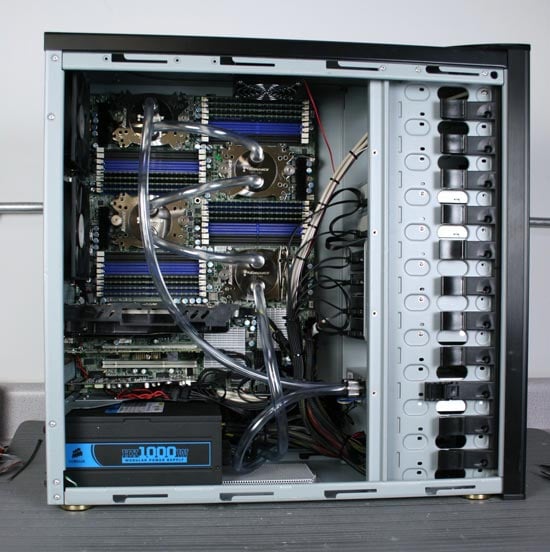 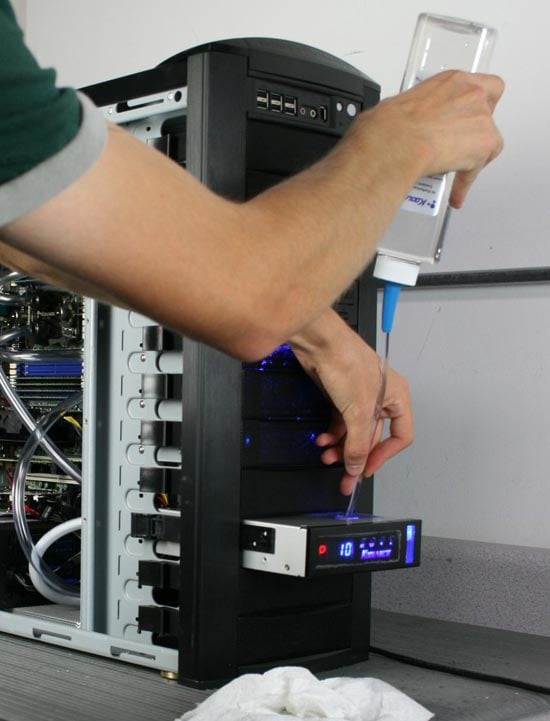