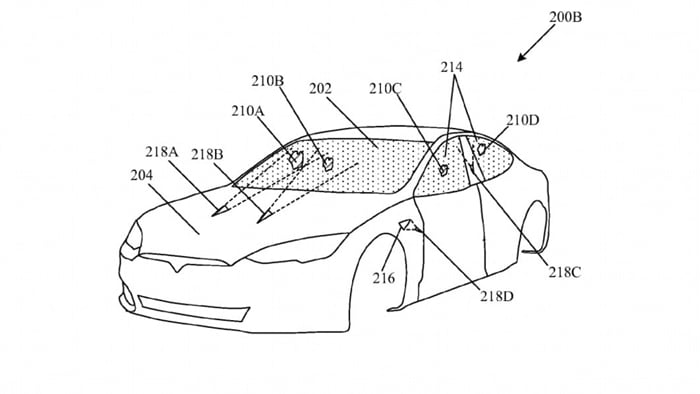 Most people know that you can’t look directly into the path of the laser, or you risk damaging your eyes. Typically we’re talking about the type of lasers that are in pointers you might tease your cat with and barcode readers at the grocery store. An interesting new patent has been discovered from Tesla for a system that uses laser beams to clean the windshield of a car.

The patent describes a system that uses pulsed layers to clean glass on vehicles and solar panels. The patent outlines tech that would be useful in at least two segments of Tesla’s booming business. Interestingly, the patent shows a pair of lasers on the hood that look similar to washer nozzles on some vehicles.

For anyone wondering, the laser system would have debris detection circuitry and control circuitry that would prevent the laser from penetrating past the thickness of the glass. That would prevent any damage to components beneath the glass inside the vehicle, presumably including the eyes of the occupants. This sounds weird, but never having to replace windshield wiper blades and always having a clean windshield sounds great to us.