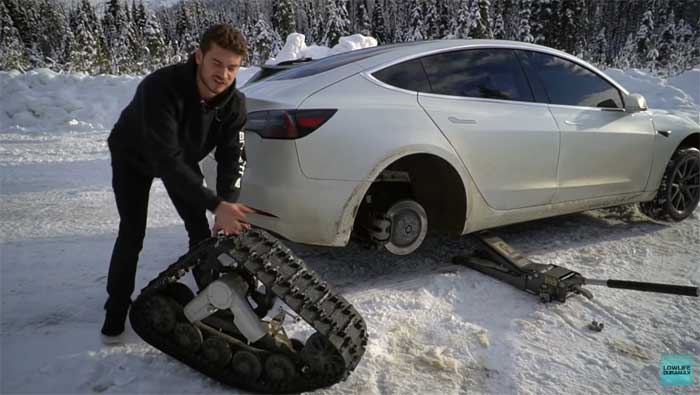 We’ve seen plenty of vehicles that were converted to run snow tracks. A snow track looks a lot like a tank tread and allows the vehicles to get better traction in the snow. A guy called Michael has a Tesla Model 3 and he decided to put the snow tracks on his car.

He bought snow tracks and had a company called Mullin Manufacturing build custom adapters so they could be used on the Tesla. He then takes the Model 3 cruising in the snow.

At one point in the video the tracks start to skip, but he figures that a tweak of the belt would fix the issue. Check out the video to see the snow track fitted Tesla cruise in the snow.