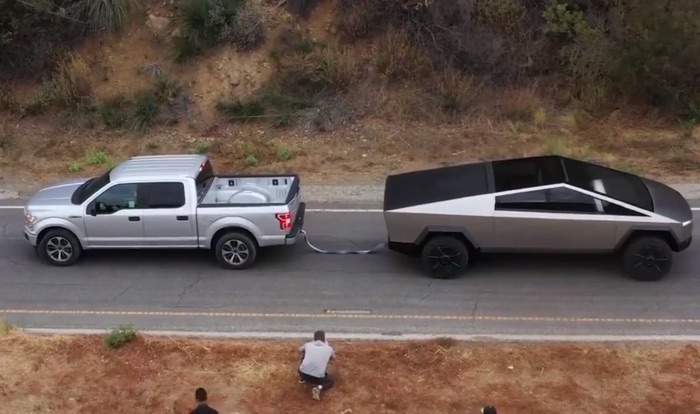 Tesla CEO Elon Musk has used the Ford F-150 for some publicity in a new stunt which sees it in a tug of war with the new Tesla Cybertruck.

He posted a video in Twitter, which you can see below, although there have been claims that the competition was unfair as the Ford is RWD and there was nothing in the bed of the truck to help it grip the road.

Fod VP Sunny Madra responded to Elon Musk asking if he could buy a new Cybertruck from Tesla so Ford could run their own tests.

hey @elonmusk send us a cybertruck and we will do the apples to apples test for you 😉😉😉https://t.co/H3v6dCZeV5

Elon Musks response was ‘Bring it on’ although he did not reveal whether Ford would be getting their hands on the truck.