Johnny Chung Lee, the famous Wiimote hacker, has now combined a netbook with an iRobot educational mobile robot platform kit for his next project to create a low cost telepresence robot.

The netbook sits above the iRobot and can be controlled via a secondary netbook and Skype has been used together with a drive command software written by Johnny. Watch the video after the jump to see the telepresence robot in action. 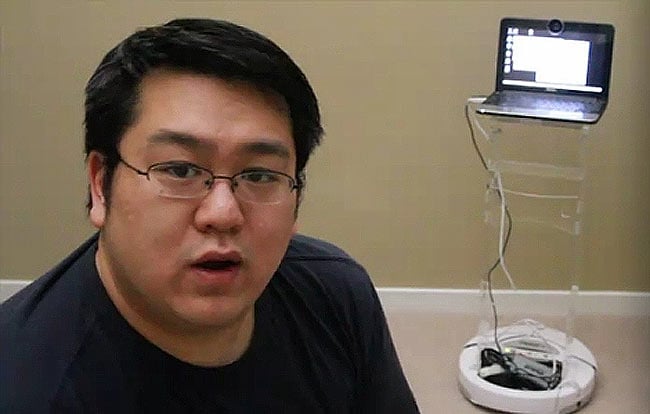 The robot now allows you to move around distant places as if you were walking around and normally cost thousands of dollars to purchase. Using the components Johnny has used his telepresence robot cost around $500 a fraction of the price.