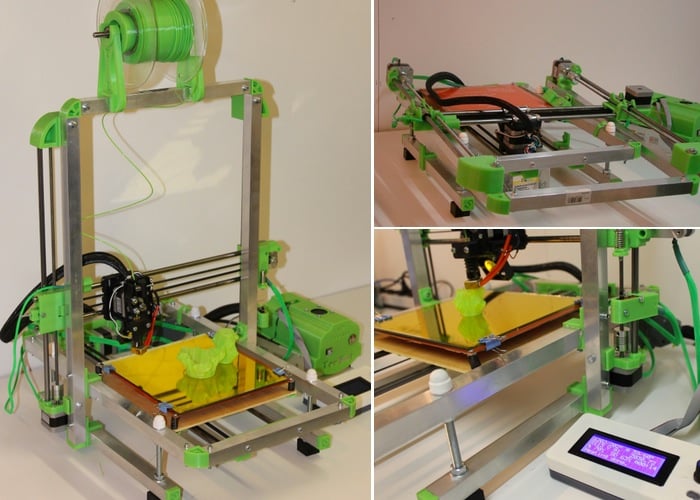 Makers and hobbyists that would like to build their very own portable folding 3D printer might be interested to know, open source design files and instructions for the foldable TeeBotMax 3D printer have now been published online and are available to all.

Emmanuel Adetutu, designer and developer of open source TeeBot 3D printer has this week released his designs for an improved version of the printer in the form of the folding TeeBotMax.

The concept behind the TeeBotMax 3D printer was to create folding 3D printer that was easy to assemble, yet portable making it capable of being transported from one location to another. As well as being strong enough to print accurate 3D models when required.

For more information on the new TeeBotMax folding 3D printer jump over to the ReRap Wiki website for details.