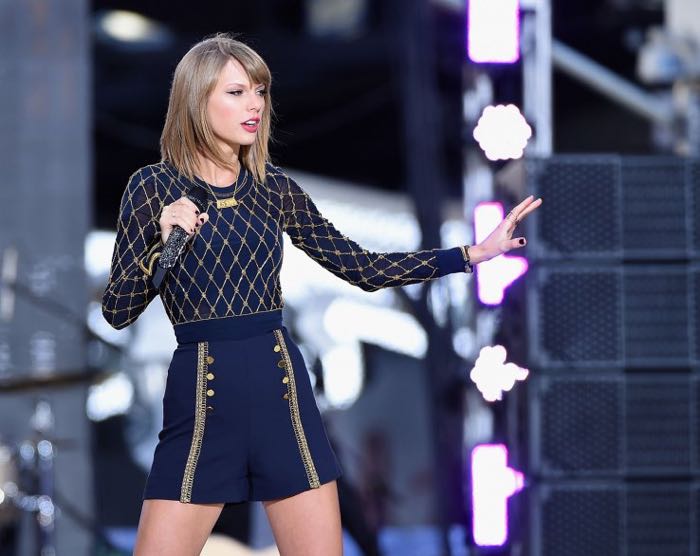 Last week pop star Taylor Swift announced that she was pulling her music from streaming service Spotify, the singer said that the putting her music on Spotify was more of an experiment.

The singer basically said that she didn’t think musicians were compensated fairly by services like Spotify, you can see her statement below from last week.

Also, a lot of people were suggesting to me that I try putting new music on Spotify with “Shake It Off,” and so I was open-minded about it. I thought, “I will try this; I’ll see how it feels.” It didn’t feel right to me. I felt like I was saying to my fans, “If you create music someday, if you create a painting someday, someone can just walk into a museum, take it off the wall, rip off a corner off it, and it’s theirs now and they don’t have to pay for it.” I didn’t like the perception that it was putting forth. And so I decided to change the way I was doing things.

Now Spotify has commented on the artists music being pulled from their service, and they want to make it clear that artists are being compensated for having their music on Spotify.

Spotify has paid more than two billion dollars to labels, publishers and collecting societies for distribution to songwriters and recording artists. A billion dollars from the time we started Spotify in 2008 to last year and another billion dollars since then. And that’s two billion dollars’ worth of listening that would have happened with zero or little compensation to artists and songwriters through piracy or practically equivalent services if there was no Spotify – we’re working day and night to recover money for artists and the music business that piracy was stealing away.

The company also said that Taylor Swift would have actually earned around $6 million by the end of the year, before your pulled her music from the service.