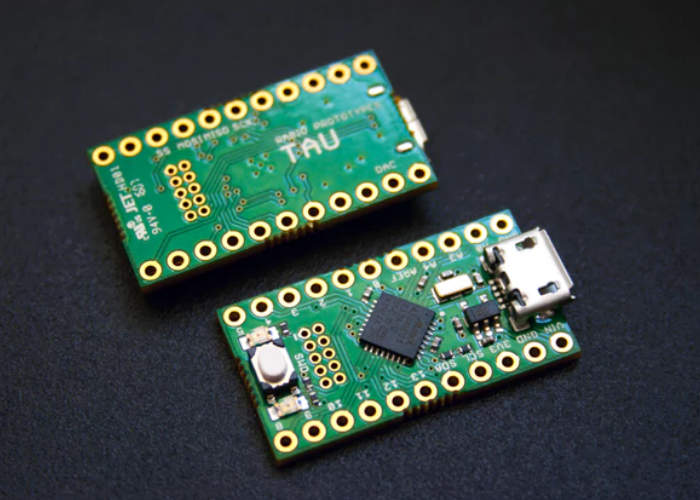 Rabid Prototypes has this week unveiled a new piece of hardware they have created in the form of the Tau, which takes the form of a tiny 32-bit Arduino Zero compatible development board.

The Tau is equipped with a 32-bit 48MHz ARM Cortex M0+ w/ 16K of RAM, and has this week launched via Kickstarter, offering an open source hardware solution as a smaller microcontroller. 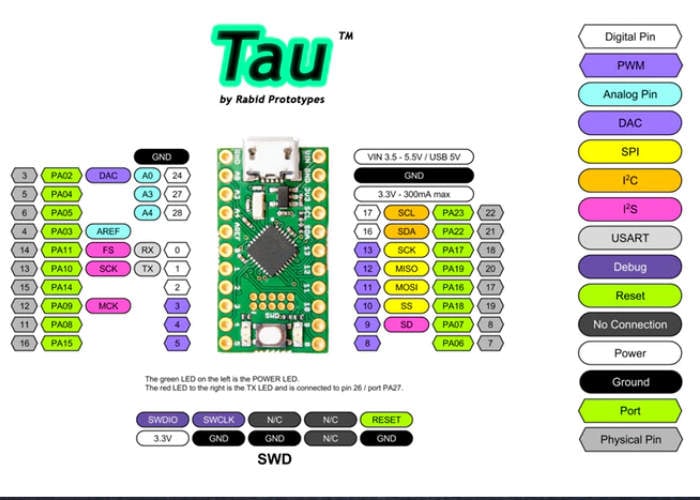 Watch the video below to learn more about this open source miniature version of the Arduino zero which features a 32-bit ARM processor running at 48MHz which is far more powerful than your standard Arduino.

Like most Arduinos, the Tau features a few LEDs. A green LED lets you know that the Tau is receiving power, while a red LED is connected to pin 26 aka PIN_LED_TXL. This LED can be used as a status indicator.

While I could have connected the red LED to pin 13, which is the usual pin for a status LED on an Arduino, connecting it to pin 26 avoided the need to isolate it from the SPI bus with a mosfet, and left room for the power LED!

For more information on the new Tau jump over to the Kickstarter website for details by following the link below.