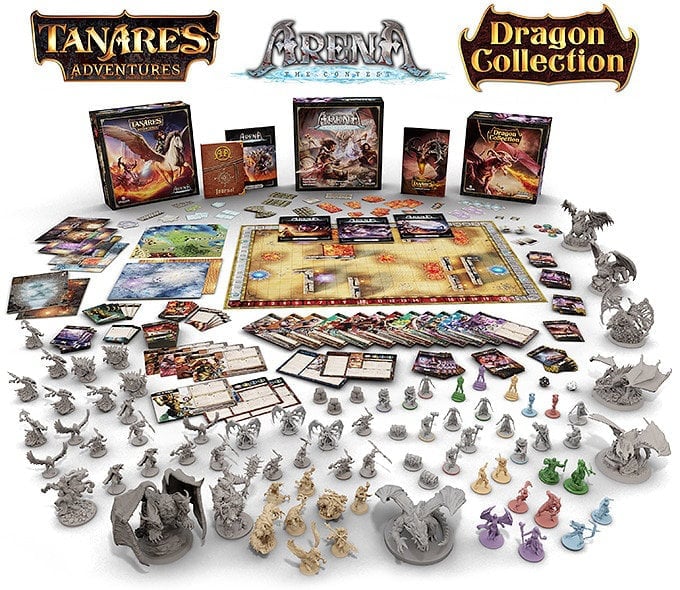 Dragori Games has returned to Kickstarter to launch its massive expansion to the Tanares Adventures in the form of the Arena: The Contest which brings with it massive Dragon miniature is and over 100+ hours of cooperative content together with a second print and reworked miniature is of the original game.

Included in the expansion the ability to purchase the legendary Dragon Collection a collection of Dragon managers that can be supplied painted or plain depending on your preference. Watch the overview video below to learn more about the project which has raised over $1 million via Kickstarter thanks to over 6,000 backers with still nine days remaining. 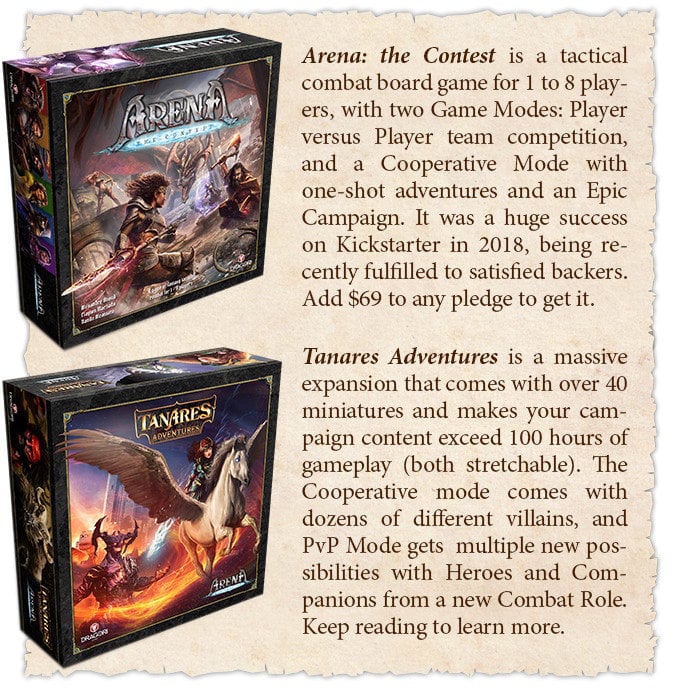 “Tanares Adventures does not come with a separate Rulebook, but rather a “Learn as You Play” Chapter of Introduction in the Campaign Guide. Alongside the Core Box’s Rulebook, that will be enough to cover all you need to know to play the game. What follows is a simplified explanation on the three Phases around which the Campaign in Tanares Adventures develops (Journey / Quest / City Phase). The greatest thing in a Kickstarter Campaign is not raising money, but watching as an entire community comes together to make a dream come true. Even if you have already gone “all-in” and invited all your friends to pledge, you don’t have to passively wait for a new Stretch Goal to be unlocked. There will always be something YOU can do to unlock more content and have fun. “