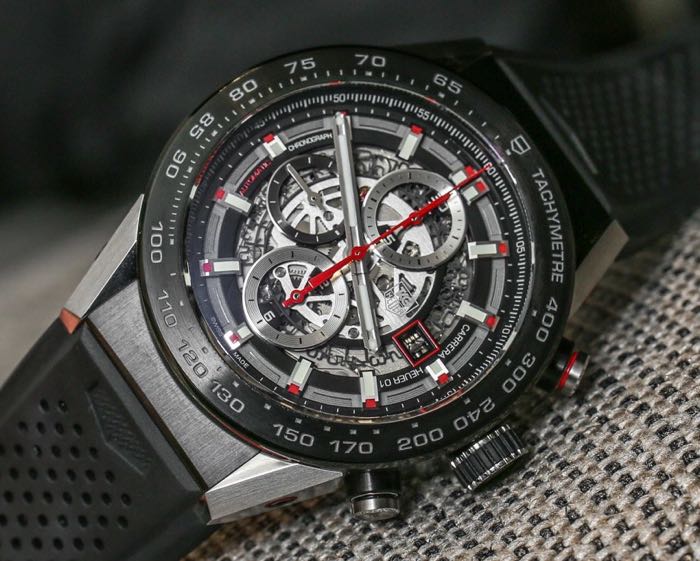 Tag Heuer has been teasing their new smartwatch for a while and now we know what the device will be called, the Tag Heuer Carrera Wearable 01.

The name for Tag Heuer’s first smartwatch was announced by the company’s CEO Jean-Claude Biver in a recent interview.

“There is no other choice for Tag Heuer than to have all its DNA, all its watchmaking emotion and flair into the connected watch. Somehow, one should not see from a certain distance the difference between a Carrera Heuer 01 and a Carrera Wearable 01.”

The name for the new Tag Heuer smartwatch is a reference to the company’s new Tag Heuer Carrera 01 that was announced at Baselworld 2015 in March.

The company’s CEO revealed previously that their new smartwatch would be launching in November of this year and will retail for around $1,400.

The device is expected to come with Google’s Android Wear OS as the company previously revealed that they are working with both Google and also Intel on the project.

As yet we do not have any specifications on the new Tag Heuer Carrera Wearable 01, as soon as we get some more details on the device, we will let you guys know.