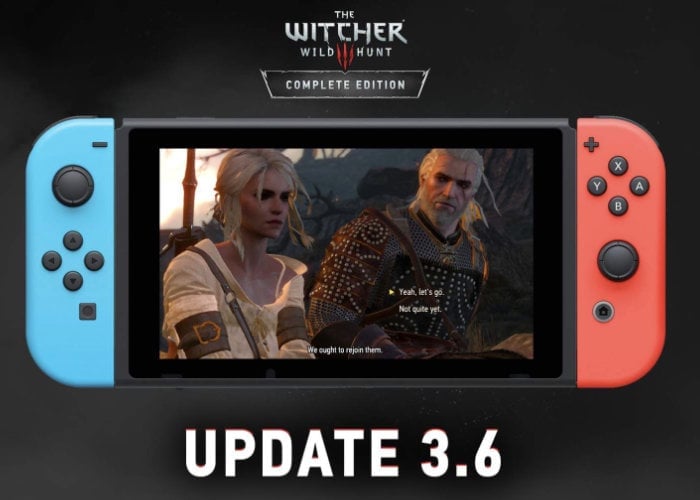 Witcher fans will be pleased to know that a new Witcher 3: Wild Hunt Complete Edition for Nintendo Switch update has been rolled out by the games developer CD Projekt Red, bringing with it the ability to use cross saves with your PC system. The new Update 3.6 feature introduces save file integration with Steam and GOG, allowing gamers to continue their PC adventure on the go, as well as HUD, menu and Gwent touch control support.

“Additionally, the update expands the range of available text language options for selected regions. More graphical settings can also be found in the options following the update, making it possible to customize visual fidelity.”

Patch notes for the latest update for the Switch Witcher 3: Wild Hunt Complete Edition include :

– Added touch control support.
– Added save file integration with GOG, Steam and versions of the game for Switch from different regions.
– Added more text languages (in selected regions).
– Added more graphical options.
– Added multiple performance optimizations.
– Fixed various visual and functional bugs.
– Various gameplay and crash fixes.
– While transferring saves from PC, please keep in mind:
– Mod-related bugs and blockers might get transferred from a modded PC game save file.
– If the save file name has been changed on PC, the Switch’s Cloud Save feature won’t be able to recognize it.
– Additional voice-over languages, added as free DLCs in selected regions, will follow later.