A new update has been rolled out to the current SwiftKey 3 beta software, which has brought with it a number of bug fixes and tweaks, together with a new user interface design. The changes in the latest update have been thanks to the SwiftKey 3 beta testers and community who have made suggestions on how the SwiftKey could be improved. 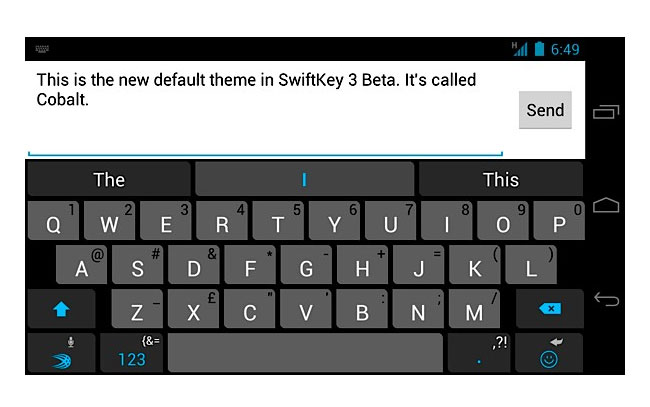 The new changes has been implemented to improve the keyboard on both smartphones and tablets. SwiftKey explain:

“Improved the UI: there is now a dedicated comma key, and thekey is now in the bottom-left corner. And of course you still have the larger spacebar : Refined the Smart Punctuation pop-up : Reintroduced the Long-press duration setting : Improved Smart Space functionality : Further reduced lag on some devices : Fixed a number of bugs, including the missing decimal point in the numpad and the “What’s New” dialog popping up all the time.”

If you enjoy using SwiftKey on your Android devices and would like to become part of the beta testing community jump over to the SwiftKey VIP Forum.