We have featured a few different videos showing how quadcopters can be made to fly in formations and even build structures. Now a video has been released showing how a swarm of nano quadcopters which have been used in experiments at the General Robotics, Automation, Sensing, and Perception (GRASP) Lab, University of Pennsylvania. 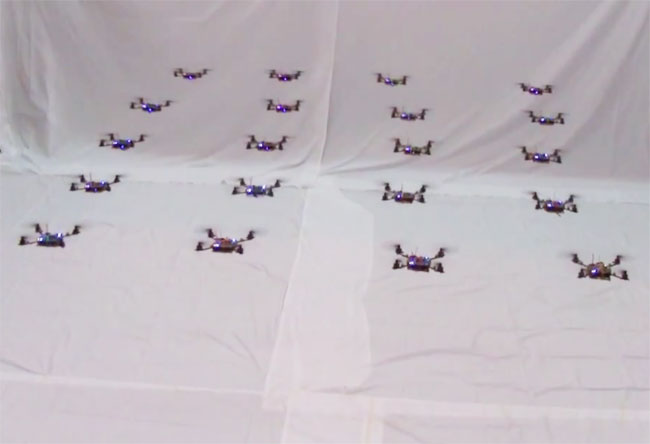 The GRASP team have been able to use commands, to control 16 quadcopters and change their direction, land, navigate past obstacles, and even fly in a figure eight formation.

Just imagine what this sort of technology will be able to do in five or ten years, the possible applications are immense. With the quadcopters already showing remarkable agility and ability to perform as a team right now.