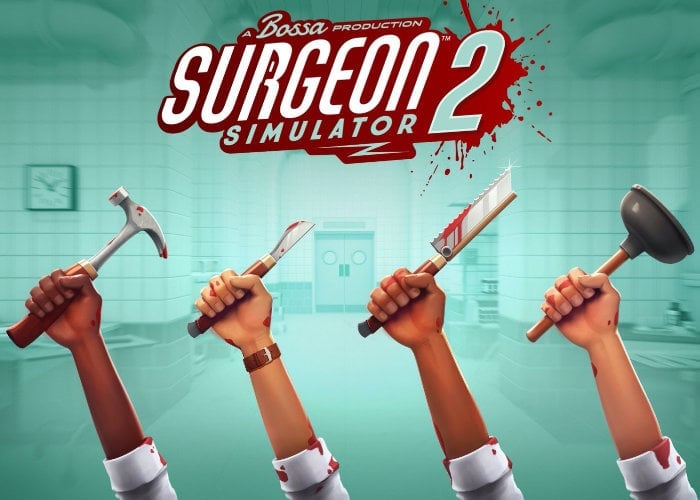 Developer and publisher Bossa Studios has announced that its new game Surgeon Simulator 2 will be launching next month and available to play from August 27th 2020 onwards. The game is now available to preorder from the Epic Games Store and offers 4-player co-op fun.

Pre-order Surgeon Simulator 2 now for exclusive access to the Closed Beta weekend (7th-9th August), as well as a selection of time-exclusive cosmetics.

“The physics-based pandemonium returns with Surgeon Simulator 2, the gut-busting sequel to the original operation sim. From 4-player co-op to the all-new Bossa Labs Creation Mode, explore an entire medical facility of wonder in this *fully* fleshed-out sequel!”