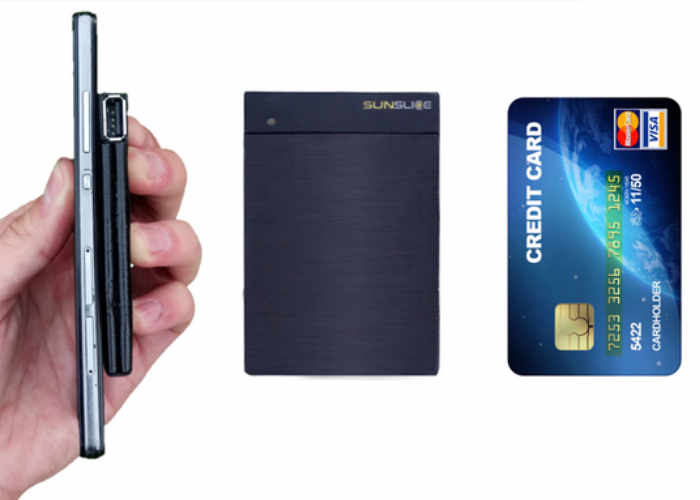 A team of developers based in Brussels, Belgium have created a super small solar charger aptly named the Sunslice, which the team say is the smallest solar charger in the world. Launched by Kickstarter this month the Sunslice is aiming to raise €70,000 during the crowdfunding campaign and is already nearly halfway there thanks to over 250 backers with still 34 days remaining on its campaign. Watch the demonstration video below to learn more about the super small solar charger which when folded is roughly the same size as a credit card.

The Sunslice solar charger weighs roughly 70 g and is capable of outputting 3 W of charging power and measures just 60 mm x 87 mm. Sunslice can be combined and easily linked together to double your charge speed if required. Its developers explain more about the design, inspiration and features of the Sunslice.

For more information jump over to the official Kickstarter campaign page where earlybird Sunslice solar chargers are available to back from €79 with shipping expected to take place during June 2018.