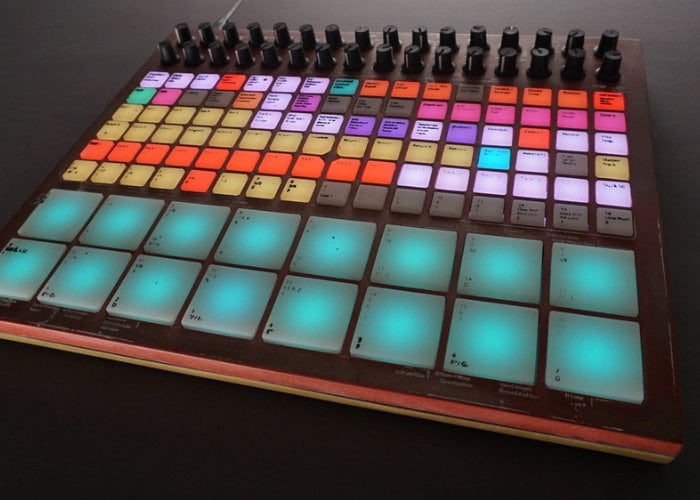 Envision Sound, Technologies the musician-producer-tech startup has unveiled its first project in the form of the Strata Ableton Live controller, which has this week launched via Kickstarter with earlybird pledges available from $450 or roughly £367. The Strata has been built to provide musicians with a next-generation control system for Ableton Live 9 and 10. Watch the demonstration video below to learn more about the Strata is made for professionals but can be used by anyone, offering ore than just a MIDI controller.

“Envision Sound calls Strata a control system, as opposed to a MIDI controller, because it is comprised of two parts: the purpose-designed MIDI controller, and the control surface script which handles MIDI data between the controller and Live- which is where the magic happens. The control surface script is built on custom nativeKONTROL scripting and the ClyphX Pro Library, by the developer Sam “Stray” Hurley, but offers a functional approach and many functional details not found elsewhere.”

“Strata, and Envision Sound, are the sole endeavor of Galen Farrel, a longtime music and technology enthusiast, whom designed and built the system and the prototypes largely independently, self-funded, and self-taught. “This product is the result of approaching 15 years of passion and dedication to the love of all things music, and I’m thrilled to have taken it this far of my own accord and perseverance, to the point of a working prototype, the manufacture-ready design, and the custom software script”. – Galen Farrel, Envision Sound, Technologies.