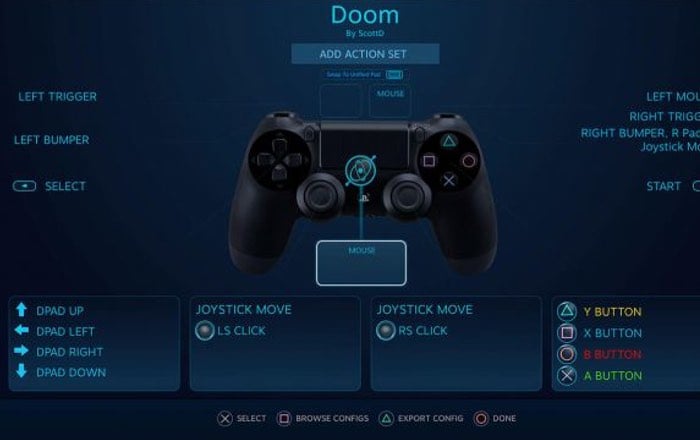 During the Steam developer conference this week Valve has announced that Steam has will received native support for Sony PlayStation 4 controllers.

Jeff Bellinghausen from Valve Software announced the news at the Dev Days and provide a quick glimpse at the expansion of the Steam Controller configuration options to the PlayStation 4’s DualShock 4 controller.

Valve is also looking to add support for other controllers and the PS$ controller has been added first due to its similarities with the Steam controllers such as gyro and the touchpad.

Unfortunately no information on availability has been released as yet, but as soon as information announced we will keep you updated as always. Steam explains more about the Dev Days conference currently under way.

Steam is the BEST PLACE IN THE WORLD for customers to play games, and for developers to build communities. The potential upside for developers has never been bigger, and Steam Dev Days is about NAVIGATING THAT OPPORTUNITY. The business decisions, the technical hurdles, and the future – including VIRTUAL REALITY.

Steam has enabled game makers to be INNOVATIVE, CUSTOMER-FOCUSED AND PROFITABLE, and we think OPENNESS AND COLLABORATION are driving that success. We believe that developers have just as much to learn from one another as they have to learn from Valve, and EVERY DEVELOPER who joins the conference makes it that much more valuable. Join the conversation. LET’S GET CONNECTED.