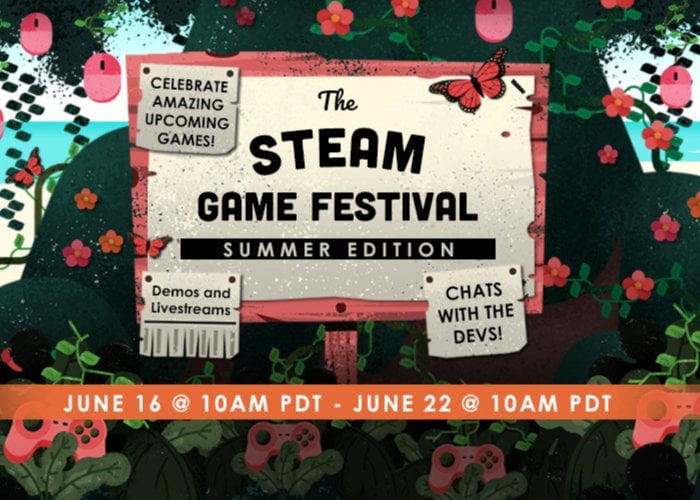 The Steam Game Festival Summer Edition has started this week and will run until June 22nd at 10 AM PDT. The Festival allows gamers to explore demonstrations, broadcasts and live events from highly anticipated upcoming releases and top picks. As well as the opportunity to meet the developers via live-chats, AMAs, and livestreams.

“The Steam Game Festival is an event that shines a spotlight on games releasing in the next year. From June 16th @ 10am Pacific until June 22nd @ 10am Pacific, game developers have the opportunity to show off their upcoming releases to a global audience, giving gamers on Steam the chance to try them out, learn more, and add them to their wishlist!

The Game Festival page will be broken down into a few different genres and main categories, with a calendar for each section. So, when you are planning for when you want to be online, take a quick look to see which other games have picked a spot on the calendar and you can work around that. If you see a lot of other games already scheduled on, say, Saturday at 8am, you have the ability to choose another spot.

When the Steam Game Festival goes live at 10am Pacific time on June 16th, we’ll automatically mark your demos as ‘available’ for the duration of the festival. When the festival concludes, those demos will then become unplayable. If you have a demo that is already playable, we won’t make any changes to it and it will continue to be playable after the festival concludes.”

Jump over to the official Steam Game Festival website by following the link below.