Following on from the Starhawk beta phase of development which was officially opened a couple of weeks ago. A new trailer has been released which unveiled a little more of the building and construction side of the Starhawk game. Watch the video after the jump to heck it out. 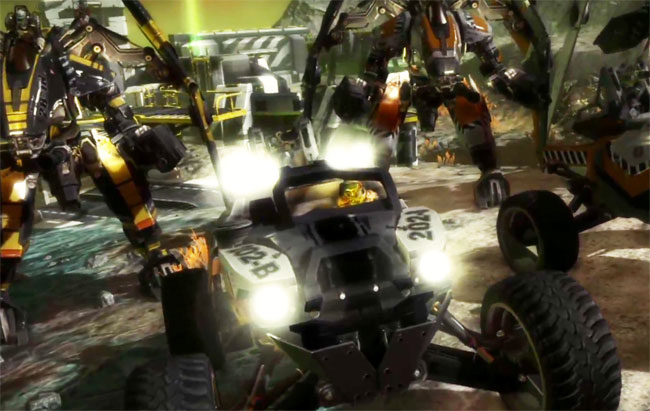 Starhawk is a sequel to the popular Warhawk game released back in 2007 and is a is a frenetic 3rd person shooter with a huge range of huge toys to keep most gamers happy. The games developers explain:

“In Starhawk we have one simple slogan…”Kill to build, build to kill. It’s not a gimmick. Its a really easy way for players to change the battlefield on the fly, in an instant straightforward manner. Its about dropping gigantic crates from orbit, having them smash down in front of you and having a big laser or bunker build right in front of you. You can even drop them on enemies.”

PS3 gamers who are thinking of pre-order the new Starhawk game through GameStop, might be interested to know that, they will, automatically get a free upgrade to the Limited Edition game, which brings with it two DLC packs containing multiplayer skins and a selection of new maps once the game is officially launched. Starhawk will be launching later this year on May 8th in North America.