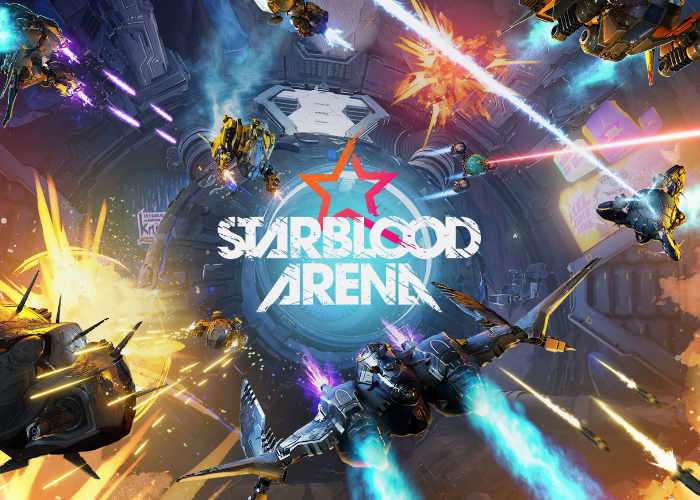 Developer WhiteMoon Dreams has this week announced that their new outer-space arena shooter, StarBlood Arena has now moved into its Gold development stage and will be launching for PlayStation VR hardware in just over a week’s time on April 11th, 2017.

Check out the features trailer below to learn more about what you can expect from the virtual reality game. Features and gameplay of StarBlood include :

• Two gun systems with crazy alternate firing modes! Protip: Manage your ammo by switching between these systems and never be caught with an empty clip.

• A unique heavy weapon that hits your enemies like a sledgehammer filled with dynamite. It charges up as you both take and deal any damage, so the more you dish out, the more your enemies eat it!
• Protective shields, of course, for getting’ into the fray. Hey, it ain’t called StarDodging Arena…
• Big ‘ol rocket engines that tear through the maps. And if that ain’t fast enough, you also have an afterburner to boost your butt outta tight situations.
• Your Missile systems make things go bye-bye by turning them into flaming wreckage. You can get your missiles to home-in on your target by just staring them down for a second or two. Not every pilot has lock-on missiles, but they have other tricks up their sleeves (and in the chamber).
• And just when you think your ship can’t hold any more, you also have high-explosive Proximity Mines to drop the bomb on your foes. You’re welcome.

Hey all you bombardiers and bomberdettes! Quick — name something that our BloodBux coins and StarBlood Arena have in common. Gold! That’s right folks – StarBlood Arena has gone gold! Now that the madness is underway, here’s what you’re gonna see starting day one. Every single one of the death-dealing ships is fitted with their own personal arsenal of self-recharging smack-down.

For more details on the characters and their skills and benefits jump over to the official PlayStation blog via the link below.