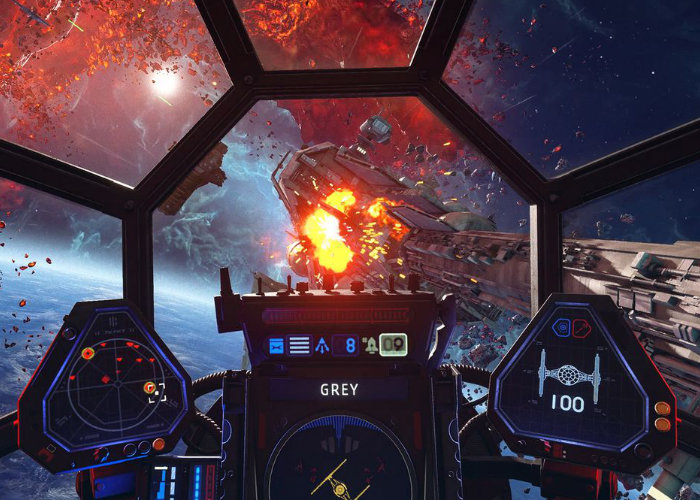 Gamers and Star Wars fans looking forward to the launch of Star Wars: Squadrons in both the PlayStation and Xbox platforms will be pleased to know EA has confirmed that as with the PC version, HOTAS support will be made available on consoles from launch. The new HOTAS support on consoles will be made available via a day one patch. ILMxLAB has also  announced that tomorrow it will be providing a further glimpse at the new Star Wars Galaxy’s Edge VR game currently under development.

HOTAS, an acronym of hands on throttle-and-stick, is the concept of placing buttons and switches on the throttle lever and flight control stick in an aircraft’s cockpit. When using HOTAS gamers can carry out all vital functions as well as flying the aircraft without having to remove their hands from the controls.

Star Wars: Squadrons is an upcoming first-person space combat game set in the Star Wars universe, featuring multiplayer game modes and a single player campaign. Star Wars: Squadrons will be available to play on both PC and consoles as well as supported by virtual reality headsets in the form of the Valve Index, Oculus Rift, HTC Vive and PlayStation VR.

As you may know, Squadrons supports HOTAS (throttle and joystick) controls on PC.

I’m happy to announce that we’re adding HOTAS support to both PS4 and Xbox One as well, in a patch that will be available the moment the game goes live! 🙂 #StarWarsSquadrons pic.twitter.com/cVbojAUknL