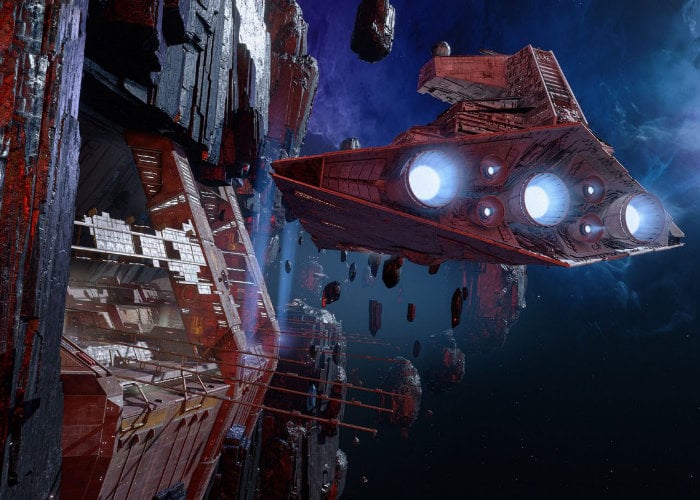 Even though no DLC was planned for the Star Wars Squadrons game, EA Motiv has announced the imminent release of a new update for the game which will bring with it to new ships, custom match mode and a brand-new map to enjoy. News of the extra content was made via the official EA games Star Wars blog. Star Wars Squadrons officially launched on October 2, 2020 and is available for PC, PlayStation 4 and Xbox One systems offering both single player and multiplayer modes.

“With this first update will come four new components. For Fighters and Bombers, you’ll be able to use the Boost Extension Kit, a component that, when used, gives your starfighter a full boost. It’ll then recharge over time and can be used again. This will help these starfighters be able to change the pace of the battle in a new way, such as by giving them the ability to change the tide of dogfights or to get out of engagements with flagships if used wisely.

Next, we’re giving Interceptors and Fighters a way to provide more assistance against capital ships and flagships (or, with a steady hand, against starfighters, too). They’ll be getting the Ion Rockets, not unlike the Barrage Rockets they currently have. These will be great for hit-and-run attacks to strip enemy shields. These rockets move at half the speed of standard rockets, but they can be used at the same time as other components, including their non-ion counterparts. Time them well for the best results.

Bombers and Fighters (the latter with half the ammo count) will also be receiving the Prototype Piercing Torpedoes, providing these two ships with a new tactic for taking on capital ships. Though these torpedoes do less overall damage than others of their class, they have the ability to bypass capital ship and flagship shields, making them very well-suited for striking enemy flagship subsystems before shields have been taken down.

And of course, we couldn’t forget the U-wing and TIE reaper. They’ll be getting a new way to support their allies when taking on enemy capital ships and flagships with the Anti-Material Rocket Turret. Though this turret doesn’t target enemy starfighters, it’s very well poised to take on flagship subsystems, capital ships, and even turrets and other deployables from enemy support ships.”

For more details on all the new content soon to be rolled out to the Star Wars Squadrons game, follow the link below to the EA site.