We have featured quite a few different mods here at Geeky Gadgets, the latest one will appeal to all the Star Wars fans out there, the Star Wars R2-D2 Xbox 360 mod.

This fun Star Wars R2-D2 Xbox 360 mode was created by Mark Bongo from Major League mods, and as well as having an Xbox inside R2-D2 there is also a built in projector and some aux inputs. 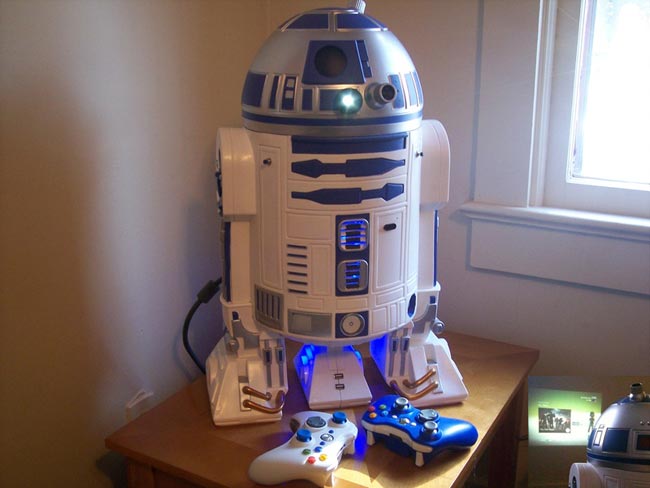 It certainly looks very cool from the video above, definitely one of the coolest R2-D2 mods we have seen here at Geeky Gadgets, you can find out more details over at Major League Mods, and make sure you check out the gallery below.

Thanks Mark for the tip!