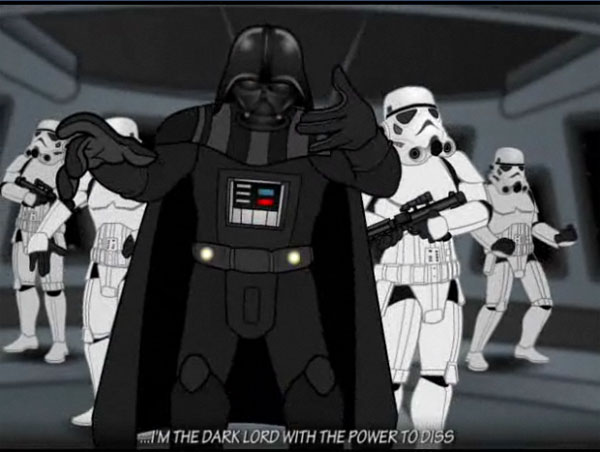 MCs Vader, Skywalker, Palpatine and Trooper are back with another edition of the hit animated series Star Wars Gangsta Rap. With surprise appearances from Leia, Lando, and all your favorite flow from a galaxy far, far away.

And thanks Matt from Gadget Venue for the tip!