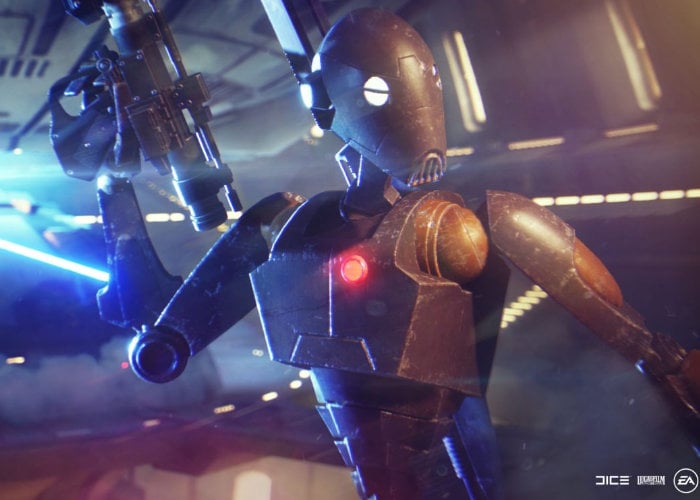 Tomorrow EA will be rolling out its new Capital Supremacy mode for the Star Wars Battlefront II game bringing with it a battle between the forces of the Galactic Republic and Separatists. Offering players and immersive, Clone Wars-era authentic experience where non-linear ground battles fuse with the thrill of invading capital ships and taking them down.

Along with the update, we’re releasing our latest location, Pipeline Junction West on Geonosis, plus the Separatist Dreadnought and Republic Attack Cruiser capital ship interiors – all serving as settings to the dynamic and tactical warfare of Capital Supremacy. Two additional reinforcement units join the battle as well – the Infiltrator class Republic ARC Trooper and Separatist BX Commando Droid.

“The looming capital ships overlook the scenery where players deploy into the thick of the Clone Wars. They enter an open-ended warzone accompanied by vicious blaster fire, calculating droids, and morale-boosting rallying cries.

Two teams of 20, aided by 12 additional non-human, AI controlled troopers on each side, fight to control a majority of five command posts on the ground. It’s an intense and open-ended conflict, where you can utilize a wide array of tactics, trooper classes, land vehicles, reinforcement units, and hero characters to attack and defend different areas across the surface.”

“The AI troops will stay grounded, leaving the close-quarters Invasion Phase to be fought between players exclusively. The layout and look of the two ships are, as you would expect, meticulously modelled to represent the two Clone Wars-era factions. Inside the Separatist Dreadnought, you’ll see MTTs painted with the Separatist grey and blue color scheme, fight throughout the droid deployment bay, and attack or defend the ship’s weak points: the cooling vent chambers. The dagger-like Republic Attack Cruiser, on the other hand, features its own unique areas, such as the cargo bay and reactor core chambers.”