A number of climbing robots have been designed and created by Stanford but yesterday at Stanford’s National Robotics Week they unveiled Stickybot III.

A new climbing robot capable of sticking to glass using adhesive feet that mimics the texture and make-up of gecko feet. Check out the video of this amazing climbing bot in action after the jump. 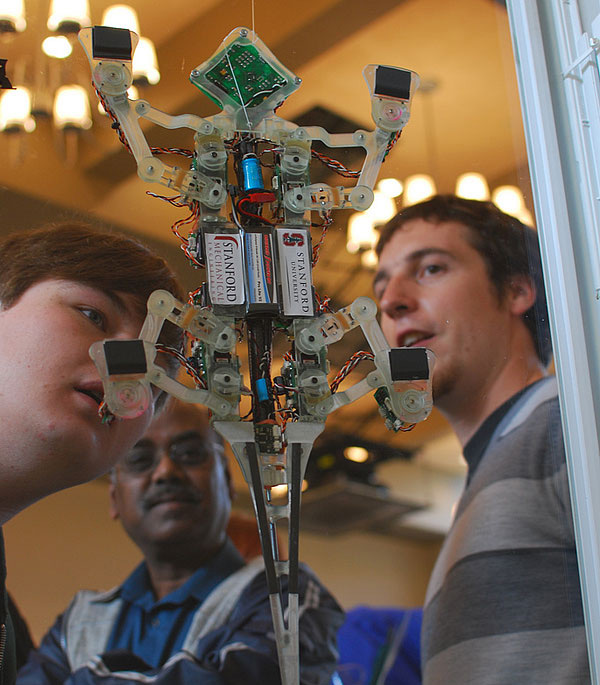 The sticky material used on the feet of Stickybot 3 is similar in construction to the geckos feet and is not actually sticky in the way you would think but uses Van der Waals forces to attach its self to the surfaces it needs to climb.

As you can image the uses for such a material are massive and the US Military is already working on a Z-Man Program that may or may not be using the new material to create a suit capable of allow a soldier in full combat load to scale a 25 foot wall in 15 seconds or less.