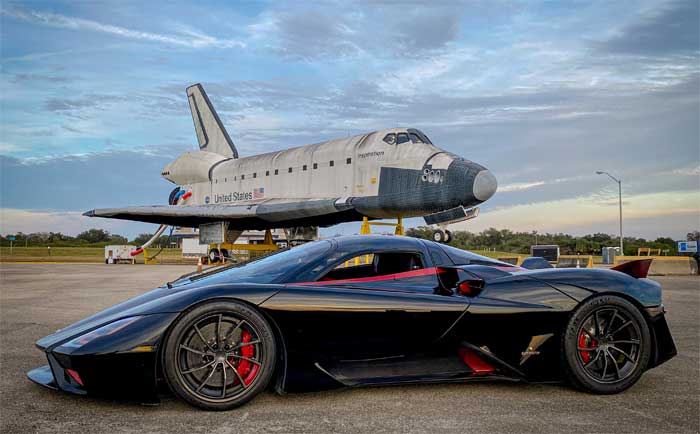 Last time we talked about the SSC Tuatara was when the automaker claimed the car had reached well over 300 mph in top speed testing. The problem with that was there was a discrepancy in the data and video that resulted in the claim being withdrawn. SSC has now taken the Tuatara back out for top speed testing, and the speed has been certified by Racelogic.

The top speed run happened on January 17, 2021, at the Johnny Bohmer Proving Grounds at Kennedy Space Center in Florida. Data was collected by a Racelogic VBOX 3i 100Hz GNSS system that is accurate to within 0.06 mph. The equipment is also traceable to ISO standards for speed measurement.

On run one going northbound, the Tuatara reached 279.7 mph. The top speed for the southbound run reached 286.1 mph. Averaging the two runs together gives a two-way average of 282.9 mph. SSC says that data and video are available publicly.