If you want to be one of the first to grab a Galaxy Nexus on Sprint then the time has come to sign up as Google has opened up a page where you can register to express your interest on the much-awaited smartphone on the network. 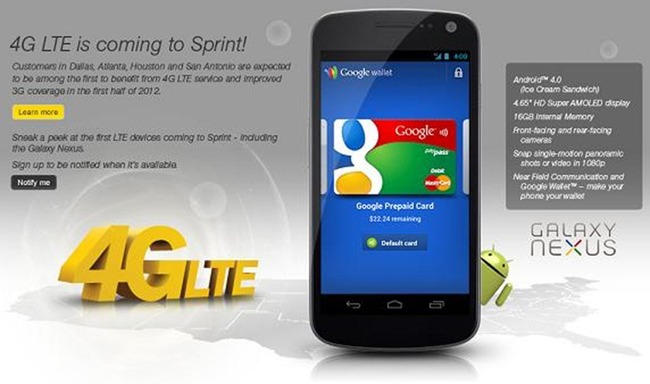 Sprint is set to release a series of LTE devices this year to take advantage of its network and the Galaxy Nexus is part of it. There’s still no definite date yet on when the Android-powered smartphone will be available but the presence of a sign up page is clear indication that the date is near.

Sprint’s version of the Galaxy Nexus will be almost identical to the ones released by other networks with the presence of Google Wallet on the device among the differences.